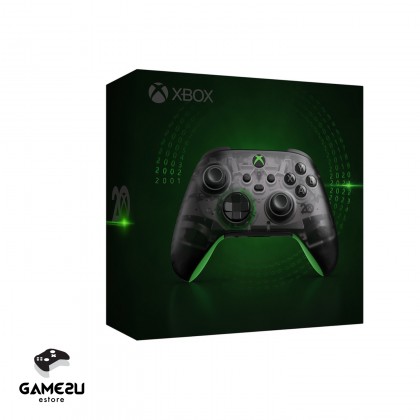 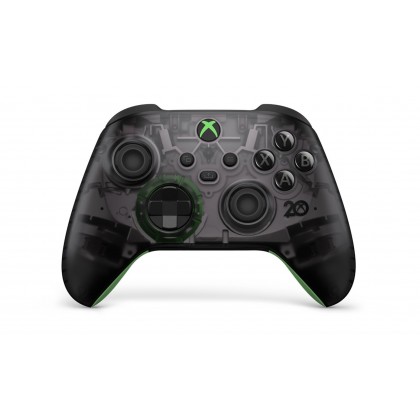 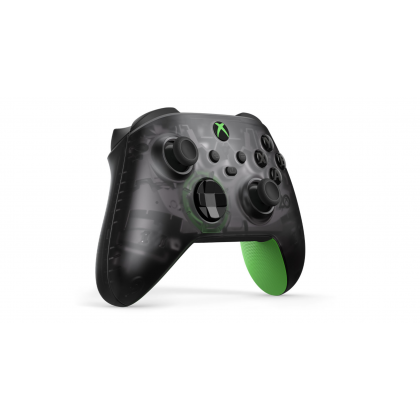 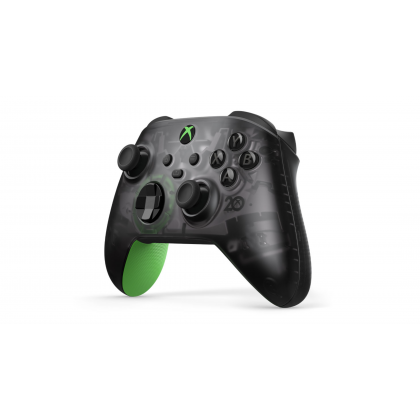 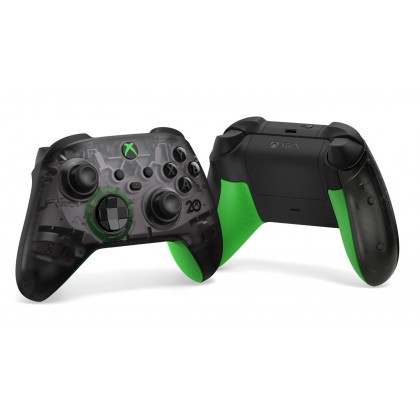 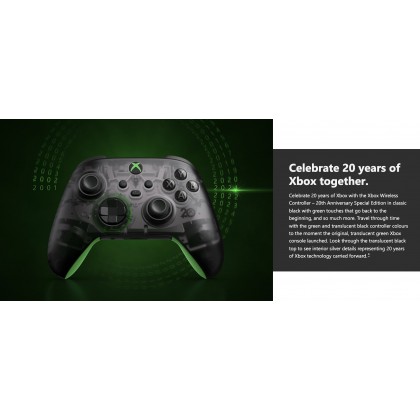 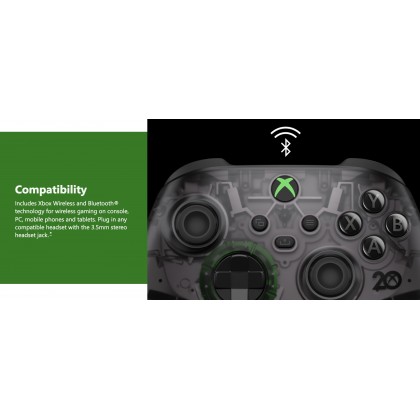 Celebrate 20 years of Xbox together.

Celebrate 20 years of Xbox with the Xbox Wireless Controller – 20th Anniversary Special Edition in classic black with green touches that go back to the beginning, and so much more. Travel through time with the green and translucent black controller colours to the moment the original, translucent green Xbox console launched. Look through the translucent black top to see interior silver details representing 20 years of Xbox technology carried forward.

Harkening back to when the first green X burst through a black field – the iconic, green Xbox button, D-pad highlights and back grips celebrate the beginning while looking forward.